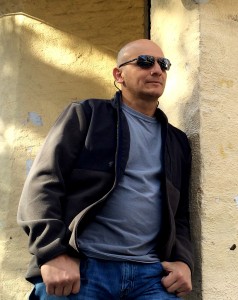 I’m a mystery author from Louisiana. While I love to read Westerns, I learned early in my writing career that I should write what I know–and what I know is law enforcement. I’ve spent twenty-eight years (and counting) on the job and I’ve served in numerous capacities, including as a patrol cop, detective, police academy instructor, and the chief investigator for a district attorney’s office. I’ve investigated nearly every type of felony case imaginable, including rapes, robberies, kidnappings, and all degrees of murder. During my tenure as a detective, I attained a 100% arrest and conviction rate on all murder cases to which I was assigned. Additionally, I’ve investigated officer-involved shootings, accidental deaths, justifiable homicides, auto-erotic asphyxiation fatalities, and many suicides. My confession rate was extremely high and I’ve recovered hundreds of thousands of dollars worth of stolen property and returned them to their rightful owners. I have had extensive experience testifying in court, to include state court, federal court, and Grand Jury proceedings. 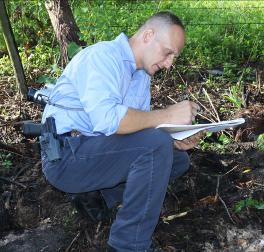 During my law enforcement career, I’ve served on numerous specialized units, including the SWAT Team, Sniper Team, Explosives Search Unit, Homicide Squad, and Honor Guard. I was first certified as a SWAT operator in 1991 and was point man on dozens of high-risk entries involving dangerous drug violators, felony fugitive apprehensions, barricaded subjects, and hostage situations. I later founded my department’s Sniper Team and served as its commander and trainer for nearly a decade. I’ve been certified as a sniper since 1996 and successfully graduated from seven sniper schools, including the FBI’s Basic Sniper School (where I earned the Top Gun award) and their Advanced Sniper School. I was deployed as the primary sniper on countless tactical operations, including barricaded subjects, hostage situations, counter-drug operations, and felony fugitive apprehensions. I also served as the sniper instructor for the Louisiana Tactical Police Officers Association’s 4th Annual Training Conference. 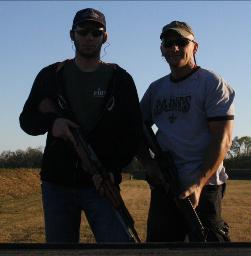 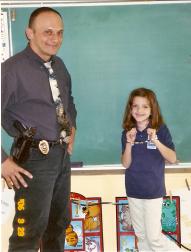 I was the owner and publisher of a quarterly mystery magazine called Mouth Full of Bullets that ran from 2006 through 2008. During its existence, I bought and published over 200 poems and stories from over 120 writers who hailed from seven countries and twenty-five states within the USA. Five of the stories I published were finalists for the Short Mystery Fiction Society’s Derringer Awards. Currently, I publish Flash Bang Mysteries, a mystery e-zine dedicated to publishing the best flash fiction around. 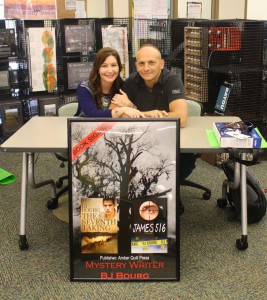 I’ve been a freelance writer since 1999 and I draw upon my real-world experiences solving crimes and interacting with victims, suspects, and witnesses in my never-ending quest to create realistic mysteries that feature believable and relatable characters. While I’ve been fortunate enough to have had some of my work published in some great places, I’m grounded enough to recognize that, other than the benefit of experience, past accomplishes mean nothing–we’re only as good as our next endeavor. To that end, I’m constantly working hard to hone my craft and perfect the submissions process, because I dream of being a writer when I grow up. 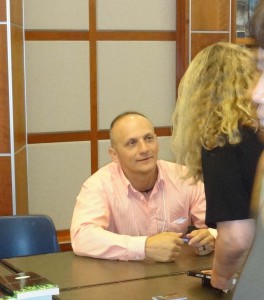 I love vacationing in the mountains and I’m especially drawn to hiking, climbing, and traversing wild rivers in anything that will float. However, no adventure is complete without my family, and family time is the highlight of my life. Whether it’s a ten-day vacation, a weekend getaway, or a day spent kicking around the house, I’m happiest when I’m surrounded by my wife and kids. 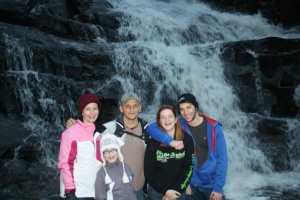 When not writing or spending time with my family, I can be found training in my fully-equipped, Spartan-style home gym. A lifelong student of the fight game, I’ve been mixing various martial arts and full-contact fighting systems for over thirty years–long before it became cool. I’m a former professional boxer (2002 through 2005) and I’ve trained my son as an amateur boxer. I also train my daughter to box as a form of self-defense. 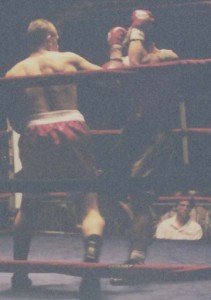 I was born in January, the middle of three children. I love working with my hands, spending time outdoors, and waking up to Friday mornings. 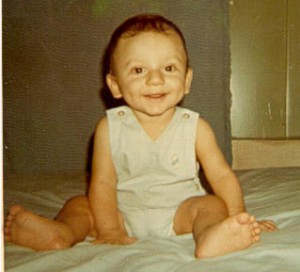 I still live in southeast Louisiana with my son, Brandon, daughter, Grace, step-daughter, Kate, and my beautiful wife, Amanda. Our extended family includes our German Shepherd, Kristof, Linus, a Bichon Frise that looks like a marshmallow on legs, and seven chickens that lay more eggs than we can eat.