To say my October was busy would be a gross understatement. Every weekend was filled with activities, I had something that required my attention nearly every night, I had to complete thirteen lessons for a month-long online class I’m teaching this month, and I was (of course) trying to write the next Clint Wolf book. In the middle of it all, I celebrated my 27th year of working in law enforcement, as well as the 4th anniversary of meeting Amanda, both of which occurred on the same day.

One of the highlights of the month was speaking to the members of Sisters in Crime: New Orleans, who are a great bunch of writers. Here’s a photo from that event: 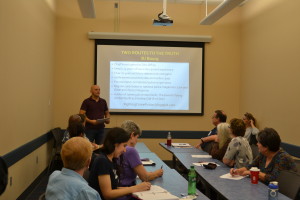 A bit of news for those of you who don’t follow me on Facebook: I’m starting to release my books in audio. BUT NOT FORGOTTEN has already been narrated and is available through Amazon and iTunes, and JAMES 516 will be available soon. Over the course of the next several months, I’m expecting to roll out the other books in each series. Here’s the Amazon link and cover for the audio version of FORGOTTEN: 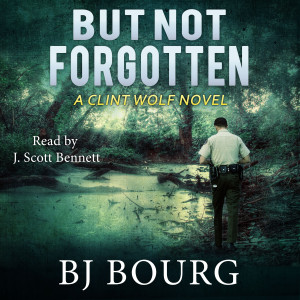 And then, at long last, the fourth book in the Clint Wolf Mystery Series is finally available. Here’s the description and cover/link:

After a year of working as a tour guide in the swamps of Louisiana–and the day after a man’s body is found in a canal–former Police Chief Clint Wolf realizes he can’t stay away from law enforcement work forever. Ditching his paddle for a pistol, he rejoins the Mechant Loup Police Department, but this time as their chief investigator, and he works beside Police Chief Susan Wilson as they seek to solve the mystery in the canal.

While it isn’t odd to find drowned bodies floating in the vast waterways of Louisiana from time to time, it is unusual to find a body with six bullet holes in its back. This first case back for Clint won’t be a walk in the park, but a blue truck and a single piece of paper might be the key to everything. The only problem? The truck has seemingly vanished into thin air and no one can find the piece of paper. 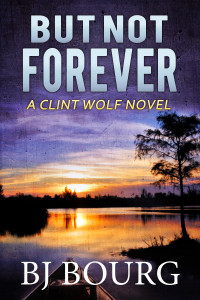 I have already begun plotting the next book in the Clint Wolf series, which is titled BUT NOT FOR NAUGHT, and I hope to publish it by January/February of 2018.

As always, I want to thank all of you for supporting my writing and I welcome your feedback and comments. (I’ve had to disable the comments section on my website due to the obscene amount of spam, but always feel free to contact me by email at bjbourg@bjbourg.com.)

Wishing you and yours a GREAT and HAPPY Thanksgiving!