I have recently combined the three full-length Clint Wolf novels into a boxed set and priced it at $7.98, so you get three books for the price of two. That’s over 245,000 words and nearly 800 pages of mystery, suspense and romance combined into one tight electronic package. If you’re a Kindle Unlimited or Prime member, you read for FREE. 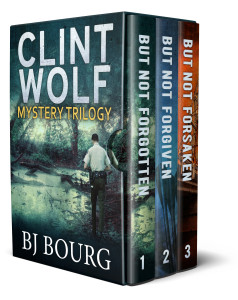 And, of course, many thanks to every reader out there who has read my books. Whether you liked it or not, I appreciate that you took the time to read it.