Thanks to working late into the evenings every day for eight LONG weeks at my day job a couple of months ago, I’m running behind on releasing my current work in progress. However, at long last, I’m nearing the final weeks of writing PROVING GROUNDS, which is Book Two of the London Carter mystery series, and I expect it to be released mid-February. To those of you who have waited patiently–and even those who have waited not-so-patiently–I am truly sorry for the delay, but thankful for your interest in my work. I hope you will find that it was worth the wait.

While I’m here providing an update, I’d love to share with you the cover to PROVING GROUNDS, which was created by Christine Savoie of Bayou Cover Designs: 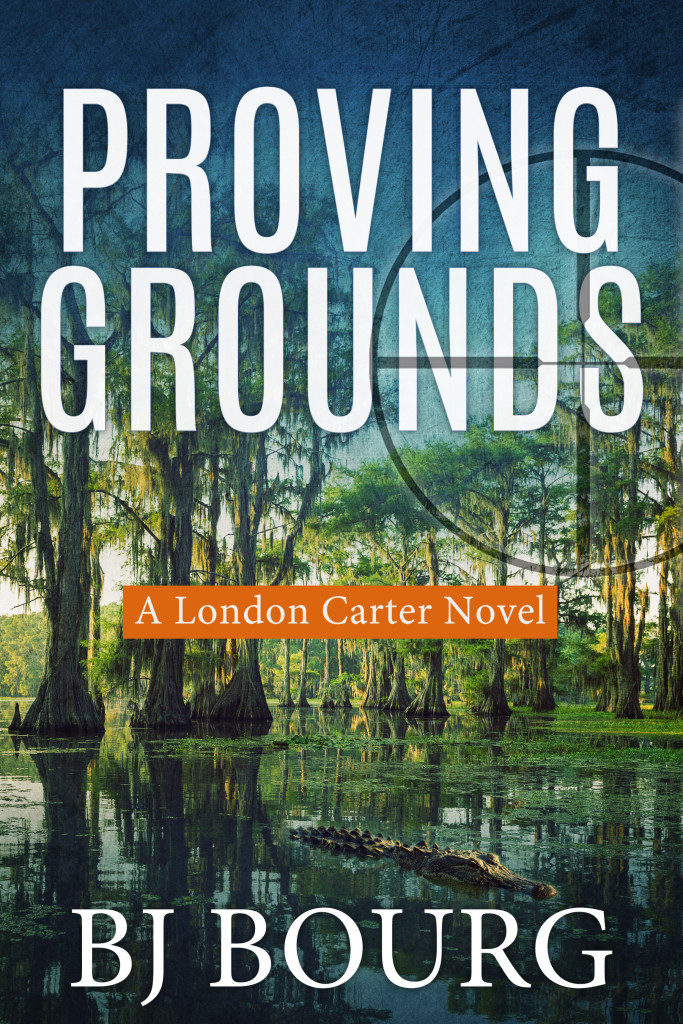 In PROVING GROUNDS, London Carter will join forces with Dawn Luke, whom you might remember from the Magnolia Parish series, to investigate the sniper-style murder of an alligator poacher. While investigators are unsure of the killer’s motive, members of the victim’s family believe a rival clan is responsible for the murder, and the two sides prepare for battle. Will London and Dawn find the murderous sniper and stop the war, or will the swamps of Louisiana run red with the blood of dozens of innocent people?

In closing, I want to thank each and every one of you for your support. Because of y’all, I’ve just reached a milestone in my young writing career: over 10,000 eBooks sold since March 31, 2016. I would have a drink to celebrate, but it’s past midnight and I have work in the morning. Thus, I’ll just have one last handful of Sno-Caps and call it a night.

One thought on “Coming Soon: A New London Carter Mystery”