I’m just back from the Jambalaya Writers’ Conference in Houma, LA and, as usual, I had a great time. I can’t say enough good things about Lauren Bordelon and how hard she worked to make this event such a great success. She’s a wonderful host and a joy to be around. I want to extend my sincerest thanks to her for all she did and for inviting us to speak at the conference. It was a rewarding experience.

As for our sessions, Amanda and I partnered up to teach a class together in the morning and then I did a second class at lunch. 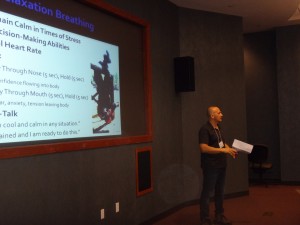 During our combined session, I presented a lesson titled “Inside the Mind of a Police Sniper” and Amanda presented “Trauma and PTSD Symptoms”. I kicked off the presentation by describing the role of a police sniper and detailing the various types of training snipers undergo, with a strong emphasis on mental preparation. Amanda then wrapped it up by defining trauma and PTSD, and she provided information designed to help writers develop believable characters who have endured traumatic situations. 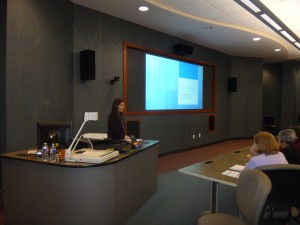 For the lunch hour, I presented a class titled “Demystifying Murder Investigations”, which was designed as a roadmap to help writers move their detectives through the entire investigative process–from the crime scene to the successful conclusion of the case. I detailed the seven basic steps of any murder investigation–complete with real world examples and techniques–and I wrapped up the presentation by explaining how that information could be translated to fiction. 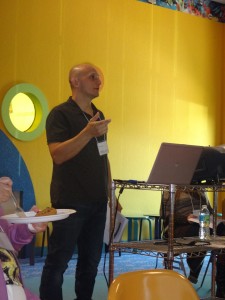 Afterward, there was the usual book signing event hosted by Molly and company from Bent Pages, and I was able to meet and speak with some nice people. I’m humbled every time someone decides to trade their hard-earned money for one of my books, and I always hope they’ll find it was worth the purchase. 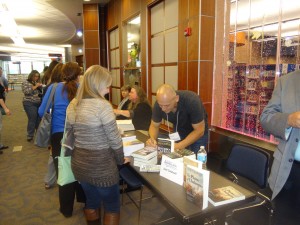 Later in the afternoon, I attended a great session by Literary Agent Carly Watters, who is the VP and a senior agent for P.S. Literary Agency. I recognized her name and the name of her agency, because I’d queried her in 2012 when I was shopping THE MISSING SIX, which later became THE SEVENTH TAKING. As you might imagine, I was very interested in hearing what she had to say.

Carly gave a very detailed rundown of her role as an agent and my (our) role as a writer, and she described what I needed to know before querying agents. I had previously discontinued my search for an agent and decided to seek out publishers directly. This has worked out for me to a small extent, but her presentation made me reconsider my path going forward. She made me realize I need an agent to handle the business end of things, as this would allow me to concentrate solely on writing and marketing.

I was able to shoot the breeze with Carly later on the rooftop deck during the Sunset Social, and I found her to be very likable. During our conversation, she mentioned that she loves country music and, well, that makes her more than okay in my book. She’s down-to-earth, extremely knowledgeable in her field, and appears very passionate about her work. Any author would be lucky to have her as an agent.

Well, that’s all for now. More than once during her presentation, Carly said that “writers need to write”. So, I’m going write…right after I cut the grass and take Amanda out for a run.