As a parent, isn’t it the best feeling in the world to be able to put a smile on your child’s face? I believe in putting the needs and wants of my children above those of my own, as I’m sure most parents do. Loving a child means we’re going to be happy when they’re happy, sad when they’re sad, hurt when they hurt, and wish we could take on their pain when they’re sick or injured.
Well, I was very happy with Grace’s reaction when I texted her the screenshot of an order confirmation for Ronda Rousey’s upcoming book, MY FIGHT/YOUR FIGHT. She texted me one day saying we HAD to get the book. She mentioned it again later and it was the most excited I’ve ever seen her over a book. I casually brushed her off, because I wanted to surprise her by preordering the book. After ordering it without her knowing, I sent her a random text one day after school showing the order confirmation. She’ll only text in all caps when she’s super excited, and here’s her response to the screenshot: 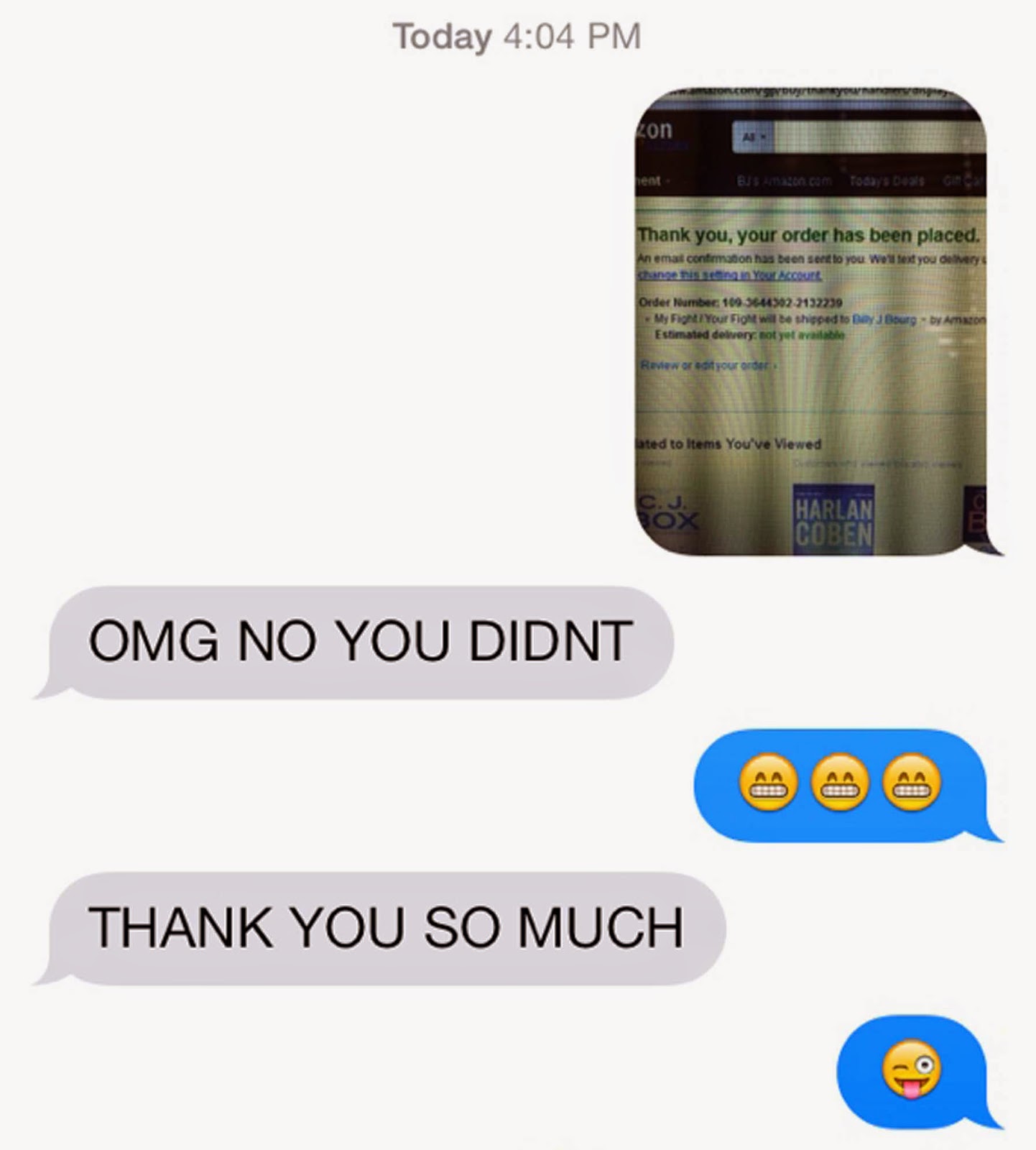 I’ve been begging Grace for years to let me teach her to defend herself, but she was never interested. After watching some of Ronda Rousey’s fights, as well as some of the other female fighters in action, she has developed a strong interest in the sport. I’ve been working with her on developing her striking skills while my son, Brandon, has been working with her on her ground game. It makes my heart swell with pride to see how hard they both train to grow physically and mentally strong.
I love that my once “baby girl” is turning into a strong and independent young lady who can take care of herself. It’s bitter sweet to watch her grow up, because I know she’ll soon be joining her brother out in the college world and I’ll be seeing less of her, but I’m very proud of her and I will support her every endeavor, as I do with Brandon.
Grace told me just this past weekend that she hates riding in the car with me when my country songs about dads and daughters come on, because it makes her sad thinking she’ll be going off on her own and leaving me behind. I had to assure her that I’ll be fine and, while I might feel a little sorry for myself, I’ll be very excited to watch her grow up and start a life of her own, just like I’m enjoying watching my son do the same.

The hardest thing about raising kids? When they learn to fly. 🙁