Ever got a flat? If so, did you stand there kicking the tire and cursing, or did you simply roll up your sleeves and get to work? It doesn’t take a genius to figure out that the longer you stand there throwing a fit, the longer you’ll be stuck on the side of the road. After all, the tire won’t change itself. As for me, I’ve gotten a number of flats and I prefer to immediately jump out the truck and change it. I don’t waste time complaining or wishing it hadn’t happened. I recognize that, in this life, we’re going to get a flat every now and then . . . how bad it ruins our day depends on us. 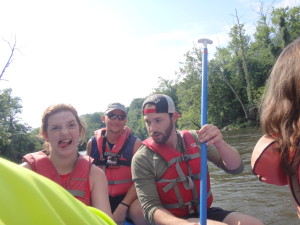 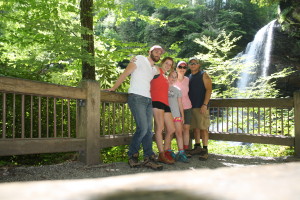 Well, after having spent a great family vacation in the mountains of North Carolina, I came home to a bunch of “flats”. Not flat tires, but two crashed websites, a broken Jeep GC, and a dead lawnmower battery (in southeastern Louisiana, if you skip a week of cutting your grass you wouldn’t be able to see your house). I “jumped” the lawnmower and cut the grass, then went right to work on trying to fix the websites.

Long story short, after staying up all night for a couple of nights and spending hours on the phone with my hosting people, I conceded that my two websites, BJ Bourg and Righting Crime Fiction, had been somehow rendered inoperable and I’d have to rebuild them. I rolled up my sleeves and went to work. After I got them up and running, I was advised to switch to a different hosting plan to avoid having those same problems recur. Instead of “kicking my tire” and asking why they didn’t tell me that in July when I’d extended my hosting plan for another year, I simply bought the new hosting plan and went back to work. After staying up all night again, and with the help of a hosting employee named Seth Johnston, I got everything switched over to the new hosting plan.

While it might seem hard to imagine that something good could come out of a week of wasted nights, it actually happened. I had decided to start publishing an online magazine called Flash Bang Mysteries and I was going to run it through Righting Crime Fiction, which never did set well with me. While I was rebuilding stuff, I decided to buy the domain name flashbangmysteries.com and build a site dedicated to the magazine. So, in addition to a healthy sense of accomplishment, something good definitely came out of all of this mess after all.

As for the Jeep, I checked all of the local auto shops, but no one had the part. They had to special-order it and it doesn’t come in until Tuesday. Not the best news, but kicking the tire and complaining about it won’t solve the problem.