What do you do when you finally find that one woman who is worthy of you taking a knee? You take her to Cades Cove–of course! When I decided I wanted to marry Amanda, I knew the exact spot I would propose to her. However, I wasn’t getting on one knee for free…she would have to earn it. 🙂 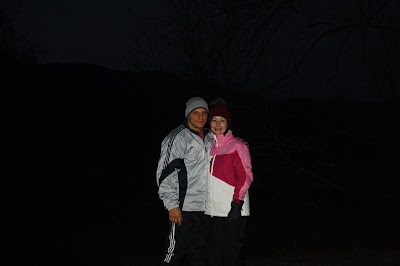 Amanda loves biking and we both love hiking, so I figured biking the Loop Road at Cades Cove and hiking to Abrams Falls (where I would pop the question) would be romantic and adventurous. (The only drawback to doing it in December was that the bears weren’t active.) 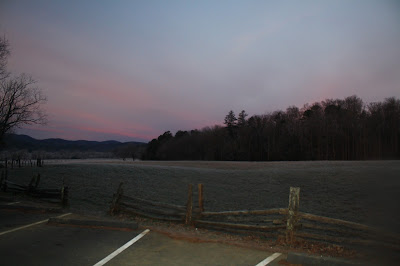 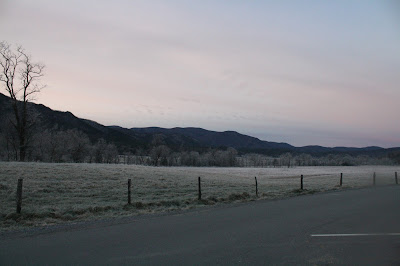 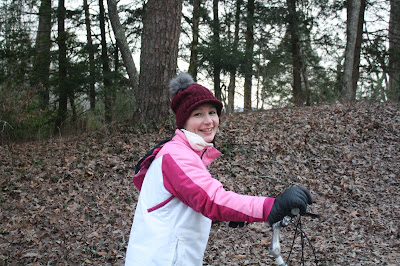 I wanted to capture the very moment I proposed, so I lugged a tripod, camcorder, and camera in my backpack. Amanda questioned why I was bringing my large camera and camcorder when her camera did both, and I told her I wanted to mount the camcorder on the tripod to video us standing in front of the falls. To sell it, I used the camcorder a lot along the way and I set up the tripod several times to take selfies. I even joked about getting married when we took a break to thaw off inside the Missionary Baptist Church. (In fiction, that would be called “foreshadowing”, but it came back to bite me in the end.) 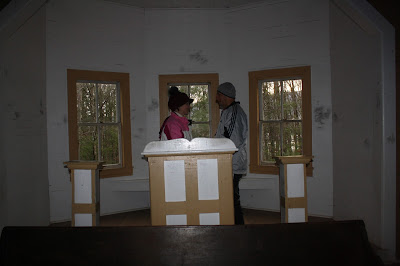 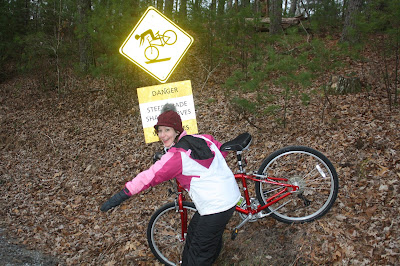 …we finally arrived at the trail head to Abrams Falls. It was here that we dismounted and set off on foot…never to be heard from again.

The hike was awesome. While we didn’t see any bears, we did see a buck, and the views along the trail were amazing. 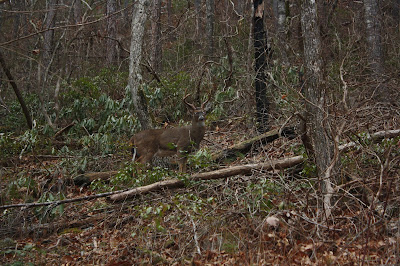 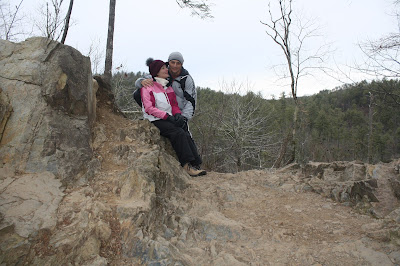 Along the way, secrets were revealed and dreams crushed, but it was all for the best. It was bound to happen sooner or later anyway…

Lugging all of the extra camera gear didn’t leave much room for food, and we paid for it later. We had to survive on deer scat and melted snow…we barely made it out alive.

I stand corrected…we had trail mix and bottled water. It’s funny how an aging, punch-drunk memory can play tricks on you. In any event, we finally made it to Abrams Falls and I found the perfect spot to propose. As Amanda explored the area, I set up the tripod and waited for some sight-seers to step out of the camera’s view. I then called her over, positioned her just right, and dropped down to one knee. Remember how I said my joking had come back to bite me? She just stared down at me smiling, thinking it was all a joke. It wasn’t until she saw the ring that she took me serious…and then she said, “Hell, no!”

Despite her protests, we were married five months later, and we just recently celebrated our one-year anniversary by cruising to Cozumel. More on that later…

Here’s the note Amanda left at the Blue Mist cabin (rented through Mountain Laurel Chalets) as we were packing up to return home: 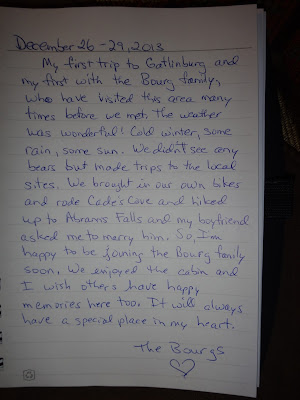